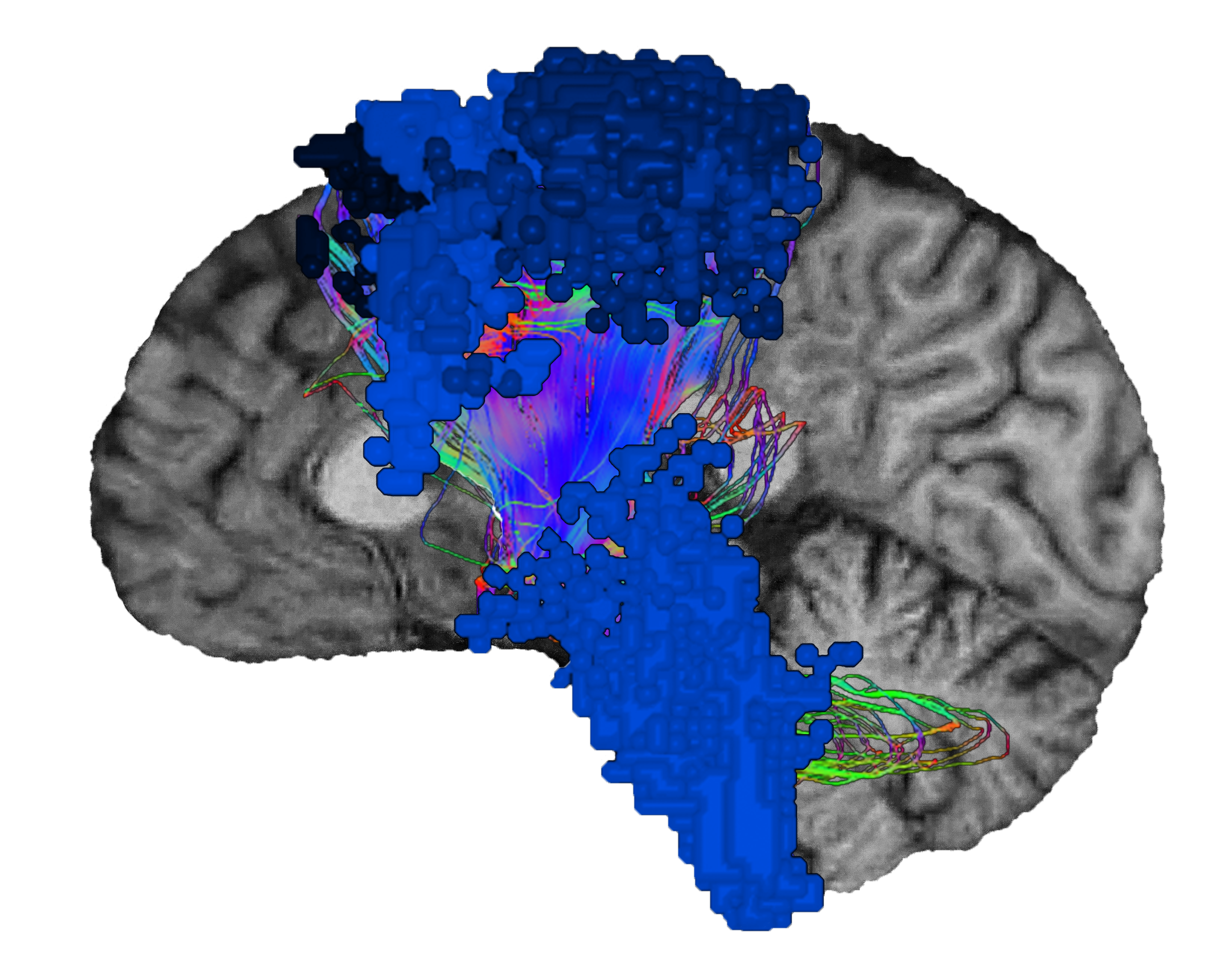 What is the sensorimotor brain network?

The sensorimotor network is “the transducer.”

As the brain's transducer, the sensorimotor network is responsible for sensing physical inputs, converting them to electrical signals that travel throughout the brain network, and then initiating a physical response

The sensorimotor network is responsible for:

The role of the sensorimotor network

The sensorimotor network processes sensory inputs simultaneously to form a common experience from our senses.

Imagine sitting on a beach. You watch the tide roll in as the sunlight glistens on the water, and you hear the waves crash on the sand. Sitting in the sun also warms your body and makes your skin feel hot and sticky in the sand.

While the brain views these sensory perceptions as a single experience, different parts of your brain are responsible for analyzing and synthesizing these sensations.

The sensorimotor area oversees our response to external stimuli, like the feeling of sand, and the somatosensory cortex processes the experiences in and around the body, such as the warmth of the sun. Somatosensory reactions can be external, like temperature,1 pressure, and vibration,2 but they can also be internal proprioceptive sensations,3 like balance and coordination; or visceral senses,3 such as during indigestion or the pain experienced during irritable bowel syndrome.4

Since the sensorimotor network is one of the historically older brain networks, a swathe of study exists which investigates the varied aspects of physical sensation. Yet, the field of neuroscience is still making promising new discoveries as research focuses on the functional connectivity between the sensorimotor network and the brain’s other systems and subnetworks. To read more about functional brain networks, see Brain Networks.

From discovery of the sensorimotor network to modern research

Neurologists have long been interested in how the brain gives humans the ability to move and physically function. The earliest discovery of the sensorimotor network came about in 1870 when German neurologist, Eduard Hitzig, and anatomist, Gustav Fritsch, studied motor function in dogs.5They applied electrical stimulation to certain parts of the dogs’ cortex6 and identified regions where direct stimulation caused contralateral limb movements.5

Scottish neurologist, David Ferrier, also studied the effects of stimulation on the brain, but he expanded the scope of the stimulation to evoke movements of body parts from different regions of the cortex,7including the eyelids, face, mouth, hands, and feet.

These studies and others paved the way for modern research, which has begun to evaluate the role the sensorimotor network plays in learning, skill acquisition, and memory.

The primary motor cortex, somatosensory cortex, auditory and visual cortices have been shown to demonstrate plasticity during learning exercises with behavior validation.8 In addition to learned tasks during early developmental stages,10 learning exercises can include processes relating to attention, expectancy, learning strategy, and motivation in response to a learned signal stimulus.8

As the phenomenon of neuroplasticity has shown, physical experiences can result in changes to the brain's functional connectivity.10 Motor learning exercises, such as skilled finger movements,11 can lead to cortical reorganization in areas of the sensorimotor network responsible for motor learning and areas responsible for the perceptual changes that occur during motor learning.10

In addition to motor learning during waking moments, movements occuring during active (REM) sleep are thought to maintain and improve the sensorimotor system.12 Active sleep may also provide opportunity for cortical repair after sustaining an injury or during pathological states.12

Furthermore, repetitive transcranial magnetic stimulation (rTMS) has been shown to induce changes in sensory perception and motor performance in key areas of the sensorimotor network.13 Using rTMS to improve sensorimotor capabilities offers the possibility to modulate sensory perception and motor performance, and it poses new and exciting opportunities for neuroscience13 and treatment.

Where is the sensorimotor network located?

While neuroscience has known the locations of motor planning regions since the late 19th century, using recent connectomic data from the Human Connectome Project15 has led to a more anatomically-specific understanding of the brain’s motor and somatic functional areas. 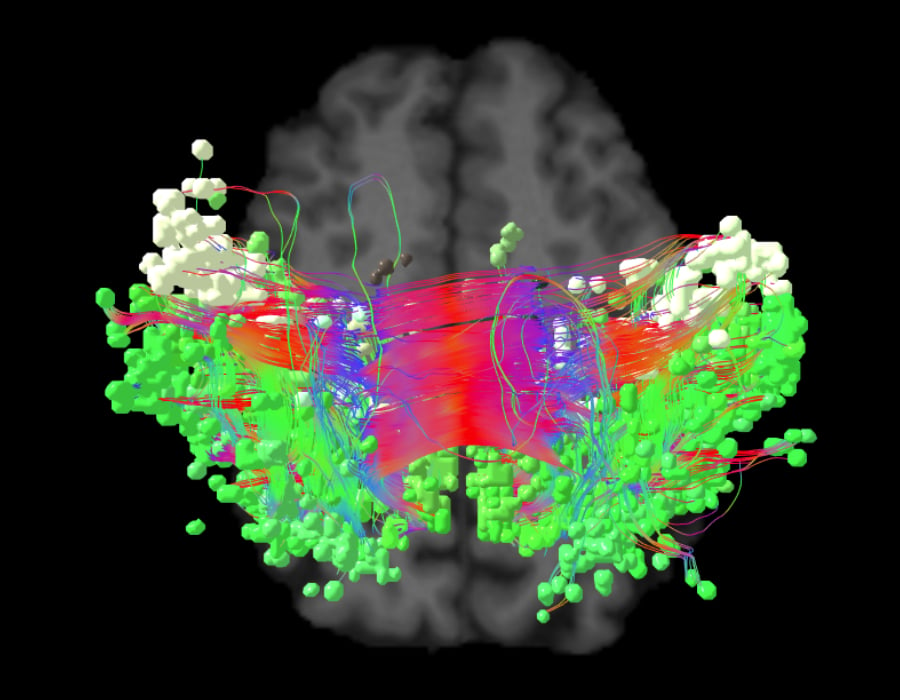 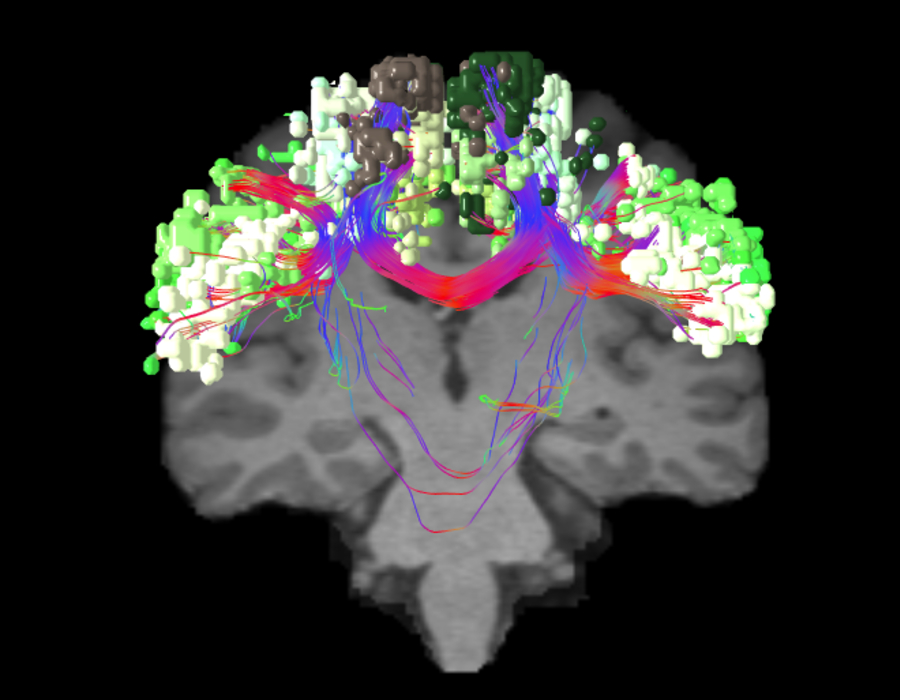 Close-knit interactions with other brain networks

As the brain’s transducer, the sensorimotor network works closely with the other main brain networks to carry out key processes. It works alongside the:

Together, the individual nodes in these systems share functional connections that make up our senses and guide our actions. Yet, they can also lead to mental or physical illness when they become over- or underactive.

Abnormalities in the sensorimotor network can cause sensory and movement disorders,25 as well as degenerative diseases, developmental delays, and mental health disorders.

Increased or decreased functional connectivity between brain networks is often associated with certain pathologies. Since the sensorimotor network is pervasive, it can be implicated in many different diseases and disorders.

The following are a few examples that may stem from irregularity in sensorimotor function:

Amyotrophic lateral sclerosis (ALS) patients with motor impairment, often exhibit reduced functional connectivity14 in the sensorimotor network. Network connectivity is also affected in patients with Huntington’s26 and Parkinson’s disease.27 These neurodegenerative diseases are some of the common manifestations of irregularities in sensorimotor function, yet the network is also implicated in less common disorders.

Since the sensorimotor network works closely with many subnetworks, irregularities in the network may also be present in problems of auditory perception.28

Likewise, decreased correspondence between the sensorimotor network and the visual cortex has been suggested to be a disturbance in perception-motor processing29 and may be a possible symptom of schizophrenia.

In mental health disorders, variable connectivity between the sensorimotor regions is present in individuals with autism spectrum disorder (ASD), and it has been shown to relate to their symptom severity.30,31 The relationship between the sensorimotor network and the default mode network may also play a factor in some mental health disorders. In the case of bipolar disorder,24 the default mode network can be overactive in states of depression until the sensorimotor network becomes overactive in manic states.24

Notably, increased sensorimotor connectivity potentially correlates with an increased non-responsiveness to antipsychotics.32 This could be a possible sign of treatment resistance for individuals with mental health disorders.

A look to the future of sensorimotor study

Using rTMS, stimulating areas of the brain has the potential to promote behavioral changes, increased movement, and even sensory learning.33

In a 2008 study by Yoo et al.,13 rTMS was applied to the primary motor cortex to determine whether motor performance and sensory perception could be altered or improved during a sequential finger motor task. Using functional magnetic resonance imaging (fMRI), activation could be measured in specific areas of the brain, and areas of significant activation correlated with enhanced motor performance in subjects who received rTMS.

Other studies34 have found rTMS to evoke changes in stimulated brain areas for timeframes of at least 30 minutes.34 With additional research, these changes may offer longer-term improvements for sensory perceptions.

Beyond possible therapies, studying the sensorimotor network and our physical sensations can also help us understand an individual’s sense of self. A 2012 study35 presented participants with images of their own hand and the hand of a stranger. The representation of a person’s own hand appeared to be primarily confined to the left premotor cortex.35 This suggests that our understanding of our own body is an important part of the sensorimotor network.

The knowledge of our bodily self aids in differentiating ourselves from others. Continued study of the sensorimotor network may give new insight into a person's relationship with his or her own body, internal self, and the bodies of others.

Discover the key roles of other brain networks as they function alongside the sensorimotor network.

The main functional areas in the sensorimotor network

The primary areas of the sensorimotor network are 1, 2, 3a, 3b, and 4. These nodes are responsible for processing tactile stimuli and sensory information from the skin. Area 4 is also implicated in fine motor movements and potentially plays a role in visual learning of motor-based skills early in life.
2

Motor areas of the cingulate cortex include areas 24dd and 24dv which control complex motor planning and regulation for muscles through coordination with the supplementary motor area (SMA) and connections with the spinal cord. Area 24dd is responsible for muscles in the lower limb and trunk, whereas 24dv controls muscles in the upper limb and trunk.

The supplementary motor area (SMA) includes functional areas 6ma, 6mp, SCEF, and SFL. Areas 6ma and 6mp are activated when individuals receive visual instruction cues. Area SCEF is a higher-order oculomotor center implicated in goal-directed behavior. SFL is a hemispherical asymmetric area where in the left hemisphere the area is more active when listening to stories and responding to verbal cues, whereas in the right hemisphere, the area is activated in social interaction settings.

Functional areas 6a and 6d in the dorsal premotor cortex associate informational cues with particular body movements. These may include solving math problems, interacting in social settings, and performing object feature comparison tasks, and they can be learned or based on visual or auditory sensation.