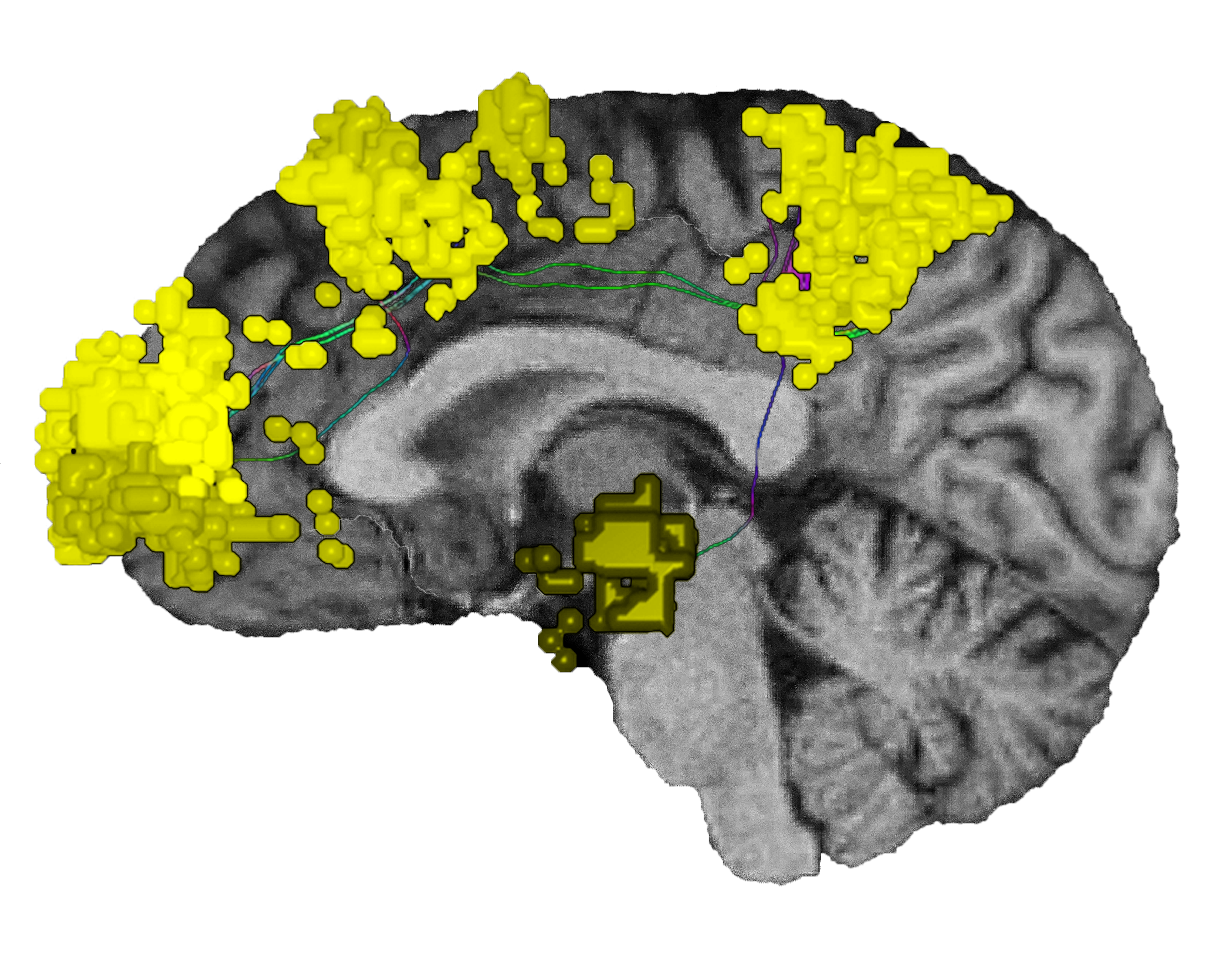 What is the central executive network?

Responsible for tasks and decision making, the central executive network (CEN), also known as the frontoparietal network, acts as “the external mind.”

As one of the dominant control networks in the brain, the CEN performs high-level cognitive tasks, and works alongside or in anticorrelation with the other six main brain networks.

The CEN engages in:

With the ability to designate actions as one of dominant control networks, the CEN plays a critical role in the brain.

Role of the CEN

The central executive network exists as a superordinate control network.8 It uses input from other networks for task selection and executive function. By integrating with the other brain networks, the CEN processes a varied set of information, such as flexibility, working memory, initiation, and inhibition,8 all of which had previously been thought to be separate processes.

The CEN as the brain’s external mind

As the dominant control network for task selection and behavior, the CEN’s actions do not exist in a vacuum. It uses input from other brain networks to evaluate internal drives and personal preferences to ultimately guide an individual’s choices.7

When your stomach starts to feel hungry and you think about grabbing a tasty snack before dinner, your sensorimotor network and limbic system are processing these base sensations.

They lead you to think, “I want food,” and the CEN then sets the drive to get up and search for a bite to eat. As the CEN executes this internal drive, it is also responsible for your subjective preferences and choices.

When you arrive in the kitchen, you see a bowl of apples and a jar of cookies. You may think to yourself, “I prefer cookies,” because they would be your preference.7 However, after weighing your options, you ultimately decide, “I choose the apple,” because you opted to make a healthier choice.7

While this is an over-simplified example, the CEN is capable of processing drives, preferences, and choices ranging from the uncomplicated (apples versus cookies) to the complex (predicting moves in a game of chess or analyzing the stock market).7

It’s also worth noting that while other networks — like the sensorimotor network and limbic system — process external inputs and stimuli based on raw input and emotions. The CEN then has the agency to consider these instinctual inputs, independent variables, or stimuli8 to make choices and direct further action.

Discovery of the CEN

At the turn of the century, neuroscientists were looking to better understand the difference between the internal and external mind.

Studies began to evaluate the brain’s activation during resting states and self-referential processing.9 By measuring the brain’s activity when it was not engaged in attention-based tasks, Raichle et al. identified the brain’s default mode network (DMN)9 in 2001.

Later studies then examined the brain’s attention and executive control10 to identify areas engaged during task processing. Whilst the prefrontal cortex (PFC) had previously been implicated in cognitive control,11 the intricate mechanisms underpinning this role of the PFC were limited.12 In 2006, Dosenbach and colleagues extended our understanding by discovering that localized brain areas within the frontal lobe were consistently activated during nearly all specified tasks.13 These areas were later grouped as part of the dorsal attention network (DAN).

However, the picture was still incomplete.

As neuroscientists analyzed the difference between these two external- and internal-focused networks, it became apparent that a third network was also in play.6

The 2006 Dosenbach and colleagues study also identified additional areas for task control in the prefrontal region13 spatially positioned between the DMN and DAN.6 These areas were less consistently activated during task control, indicating they may have different functions. Subsequent studies began to delineate these functional areas by splitting them into two distinct attention- and control-focused networks.2,6,14

The key areas for task control are now considered constituents of the CEN.

Location of the central executive network in the brain

Since its initial discovery in the anterior frontal lobe,15 the central executive network has been found to be functionally connected (see Connectomics) to regions in the anterior cingulate cortex,15 the inferior parietal lobe,6 and the posterior most portions of the middle and inferior temporal gyri. 16,17 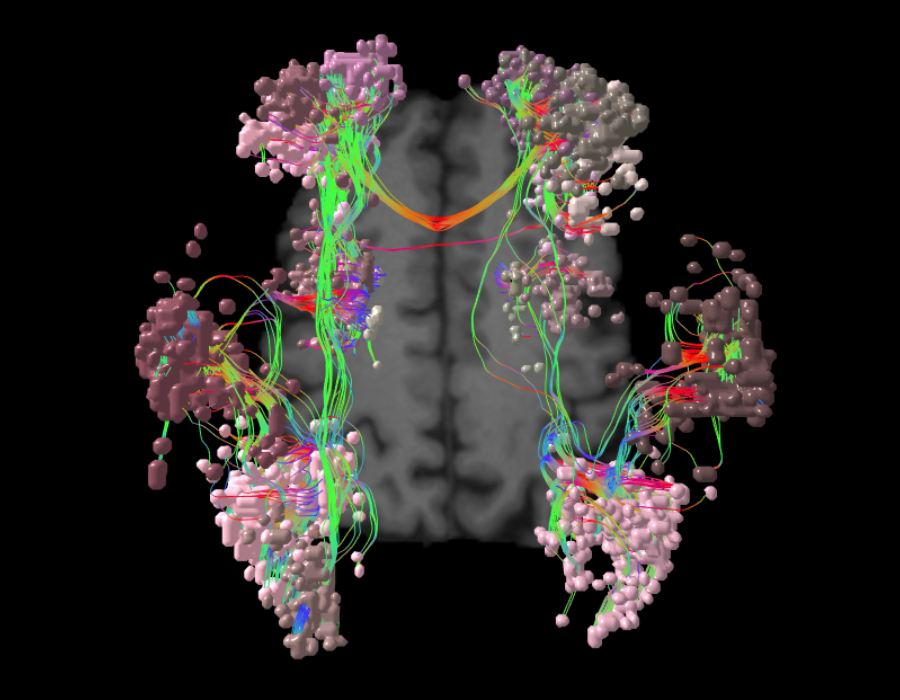 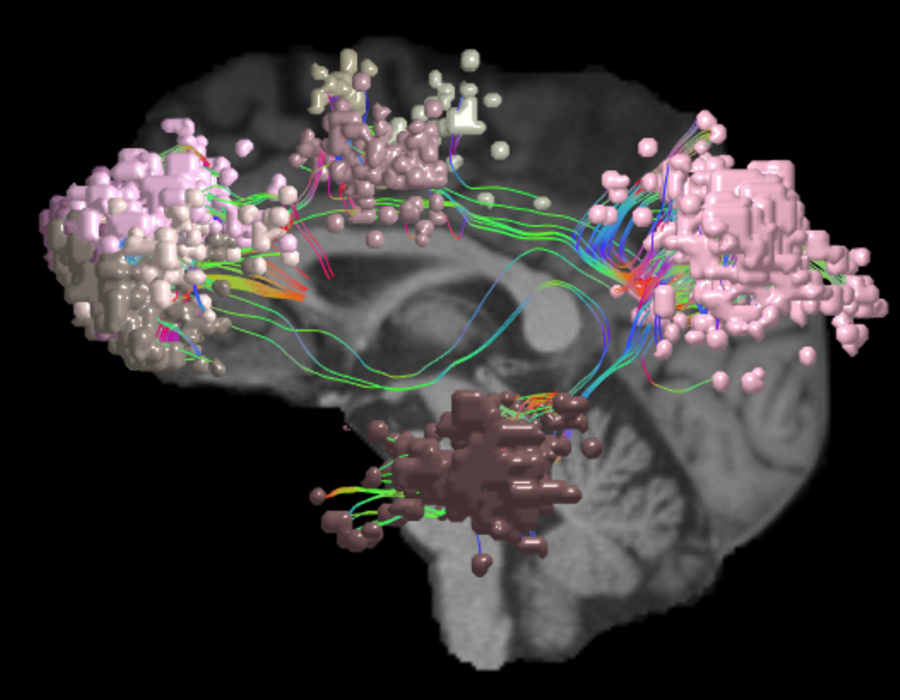 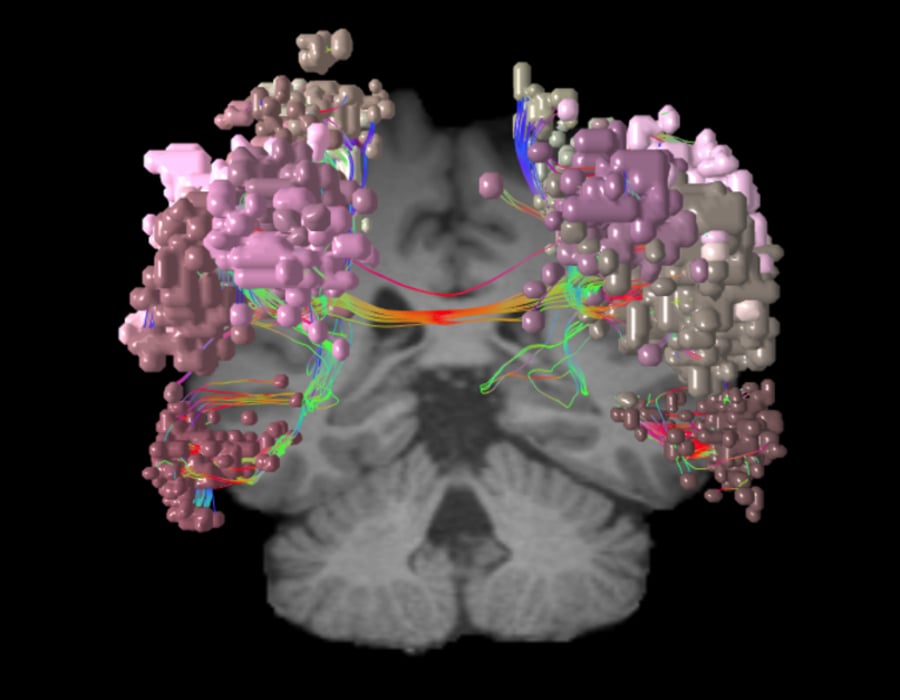 The CEN also contains one of the few asymmetries in the brain’s connectome. Functional areas 8va in the frontal lobe and PGs in the parietal lobe are present only in the right hemisphere of the CEN. In the left hemisphere, these areas are functionally connected to the default mode network. 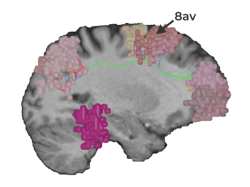 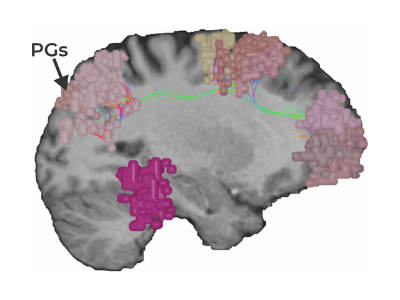 Left to right: Areas 8va and PGs - connected to the
DMN on the left hemisphere of the brain.

Integration with other networks

Like previously mentioned, the CEN correlates with the DAN for attention processing, as well as visual spatial planning.8

The CEN’s external mind is also anticorrelated with the DMN’s internal mind, which focuses on reflective, task-negative processes.18,19In healthy brains, the CEN and DMN have been shown to specifically alternate activity, forming a pair of anticorrelated networks.3 When the CEN is active, such as when processing visual or sensory inputs for task selection, the DMN is inactive; conversely, when the DMN is activated, such as during contemplation or daydreaming, the CEN is deactivated.20

The salience network (SN) is responsible for the switch between the CEN and DMN for external and internal processing.21

To return to our kitchen analogy, if you were hungry but decided you were not interested in eating either an apple or cookies, you could make a sandwich. The CEN begins issuing directives to locate the items you would need: a plate, bread, deli meat, and condiments.

Once you have assembled the sandwich and started eating, active task processing is no longer required. Your mind can then start to wander. If you begin thinking about your plans for the weekend or recalling something that happened earlier in the day, the salience network has imperceptibly switched your brain’s dominant control from the CEN to the DMN.

In addition to its relationship with the SN and DMN, the central executive network also integrates with each of the other networks as needed for task processing. The CEN:

Challenges for the central executive network

As the external mind, the CEN is in charge of receiving inputs and setting tasks. This occurs by forming top-down selection processes7 to achieve certain goals. Yet, since the CEN is designed to focus on individual actions, it may be physically incapable of multitasking.

It’s a common school of thought in education and business that multitasking is worse for a person’s productivity.22,23 However, studies have only recently begun to look at how multitasking may be difficult neurologically.24

A 2006 study demonstrated that functional areas of the CEN in the lateral prefrontal cortex may follow a “serial principle”25 to guide individual action and task selection.25 By using “task queuing,”25 the CEN is thought to sequence tasks to be executed one after the other.25

It has been speculated that the frontopolar prefrontal cortex could overcome the difficulty in processing multiple tasks with joint consideration7 or by transferring information between different brain networks to aid in simultaneous processing.6,12 However, it is possible there would still be a task delay when attempting to perform two tasks at once. This delay then would lead to one of the two tasks being relegated to a secondary process.25

Though it may struggle with multitasking, in healthy brains the CEN can still quickly and efficiently execute numerous tasks as needed.

That being said, when the CEN or one of its closely correlated or anticorrelated networks acts irregularly, processing changes can manifest in many types of mental illnesses.

CEN's impact on pathology and medicine

Since the CEN interacts so closely with other large-scale brain networks, it has been implicated in many neuropsychiatric disorders.

Aberrant switching between the CEN and DMN as a result of an over- or underactive salience network has been demonstrated as a symptom of schizophrenia26 and post-traumatic stress disorder (PTSD).27

A 2018 study further demonstrated that impaired functional connectivity between the cerebellum and the CEN may be a symptom of bipolar II depression, due to difficulty maintaining cognitive and emotional control.28

Similarly, if the CEN becomes overactive, it may possibly be implicated in obsessive-compulsive disorder when it cannot adequately control response inhibition or planning.29 Likewise, reduced functional connectivity with the amygdala may contribute to generalized anxiety disorder,30 as well as problems with cognitive control of social anxiety.31

Changes in the large-scale, dominant control networks may also contribute to attention-deficit/hyperactivity disorder (ADHD). There may be weaker connectivity between-network and less persistent cross-network interactions,32 which could lead to inattention or overactivity.

Interestingly, since irregularities in the CEN may correlate with lack of focus or abnormal levels of reaction, it has also been speculated that trait mindfulness activities used in meditation may correlate with an increase or strengthening in the functional connectivity of the CEN.33

Since the CEN is still a fairly recent discovery, there is much to be studied about how changes within this network can impact the brain, as well as possible opportunities for treatment. Due to the brain’s plasticity and ability to change, continuing study of the CEN and its relationships with other brain networks offer promising opportunities for change.

Discover the key roles of other brain networks as they function alongside the central executive network.

The main functional areas in the CEN:

In the parietal lobe, area pfm is implicated in non-spatial attention tasks, decision making, and has been shown to be active for working memory, motor cue, language, and risk-related tasks.
3

The temporal lobe includes area TE1m, which appears primarily related to visual pathways. Similar to TE1p, it shows greater activation in the visual working memory secondary contrast compared to TE1a. It is also less deactivated during language tasks and more deactivated in theory of mind tasks than all its neighbors.