Watch a demo
Back to all blog posts
Brain Networks 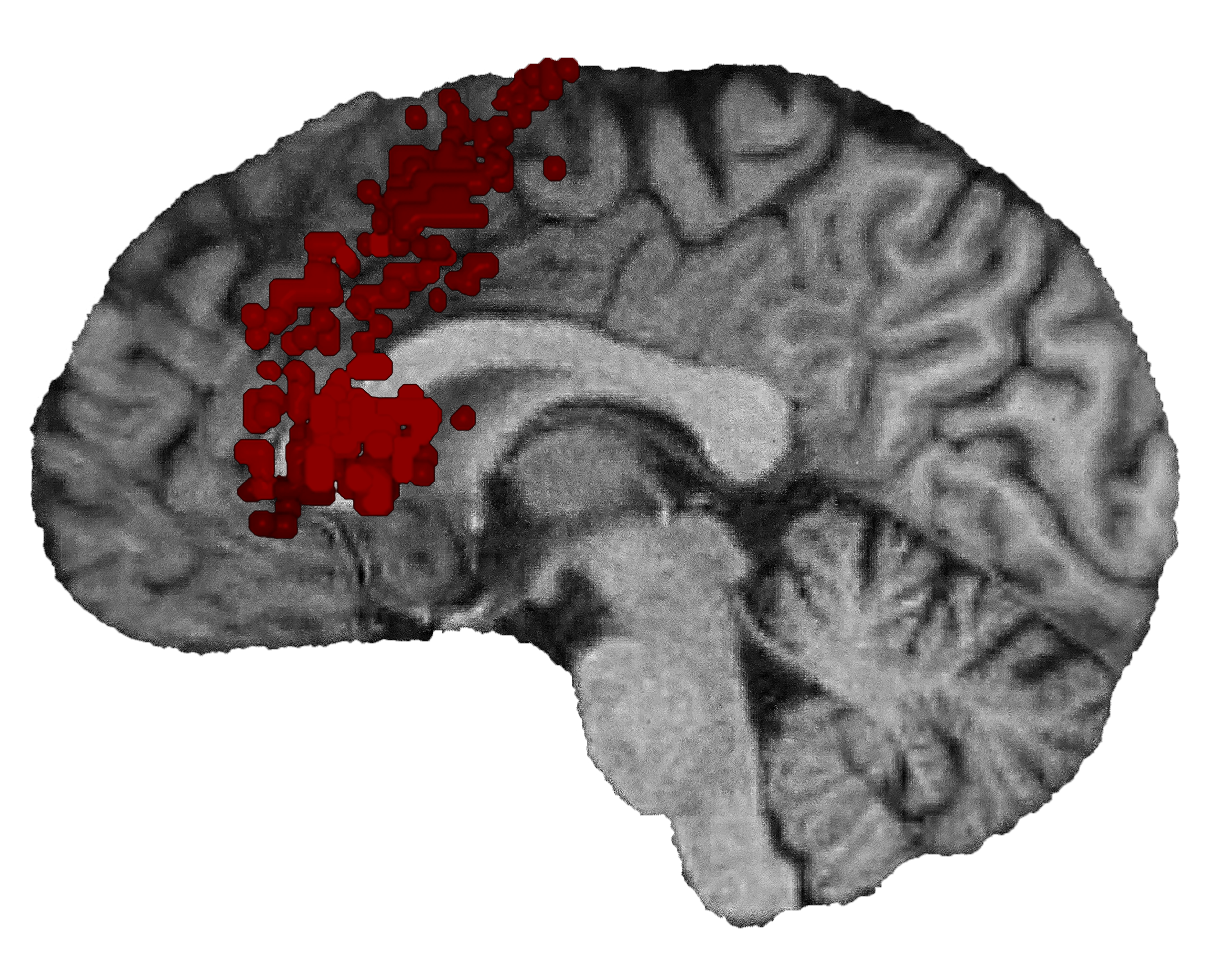 What is the salience brain network?

The salience network (SN) is “the moderator.”

As your mind’s personal moderator, the salience network constantly monitors the external world and carefully decides how other brain networks react to new information and stimuli.

In healthy brains, these two networks are not active at the same time. To avoid missed information or mixed messages, the SN determines which network is in control at any given moment.

The role of the moderator

Think of a debate between two of your main brain networks representing your internal and external mind. The two featured speakers would be standing on stage preparing to share their points of view. The debate moderator then decides which speaker has the floor and determines how much the audience hears from each side.

In the same way a moderator only lets one person speak at a time, the salience network moderates the activity of the DMN and the CEN.

The salience network also plays a critical role in processing pain, emotion, reward, and motivation3 in connection with the limbic system. In these cases, the moderator decides how much the human body “hears” signals involving emotional response.

As with any successful moderator, the role is to support and guide the speakers. The moderator handles switching between speakers and conversation topics subtly and quickly. The salience network is no different. The SN regulates and transitions between networks swiftly and imperceptibly to address the changing demands of the moment.4

While serving such an important function, the salience network is a relatively recent discovery which marks an incredible stride in our understanding of the human brain. Before pivotal studies in 2007, the areas of the brain now considered part of the salience network used to be dissociable5 from the task processing6 of the default mode network or the central executive network. Now, we understand that functional areas in the salience network play less of a role in conducting tasks than they do for moderating control of internal and external processing.

Where is the salience network? 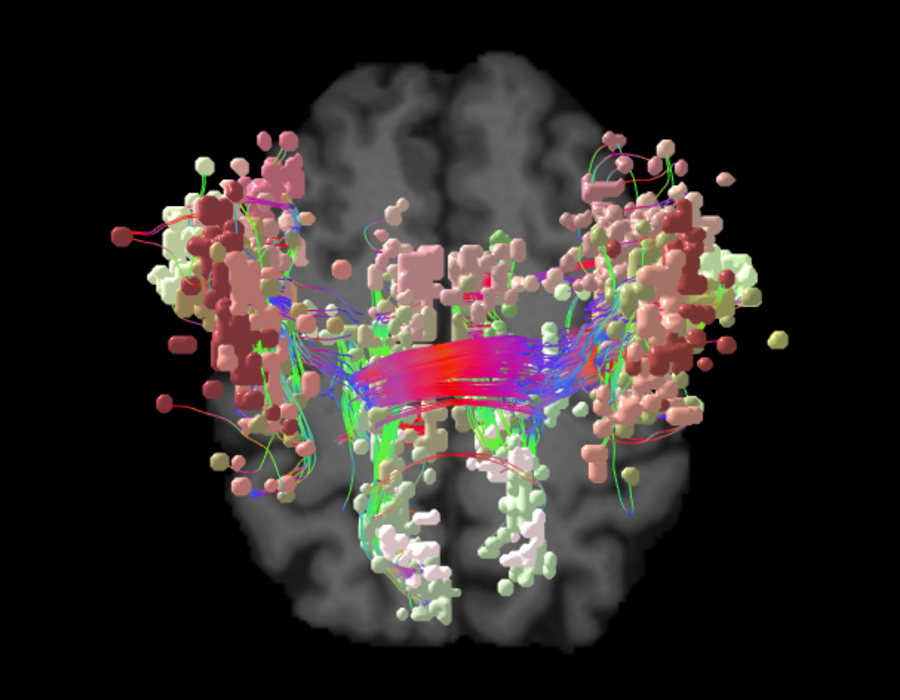 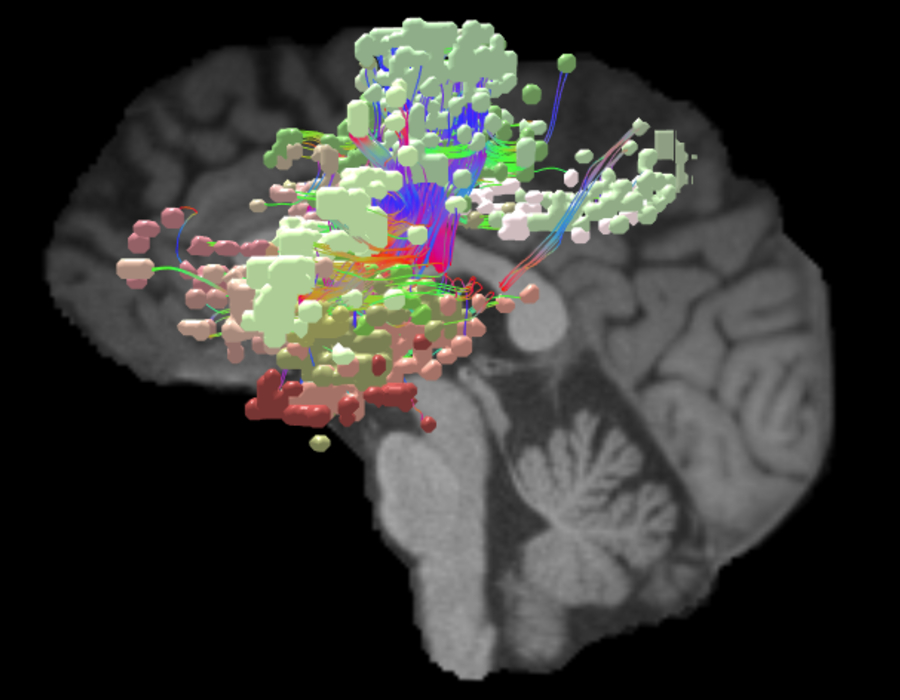 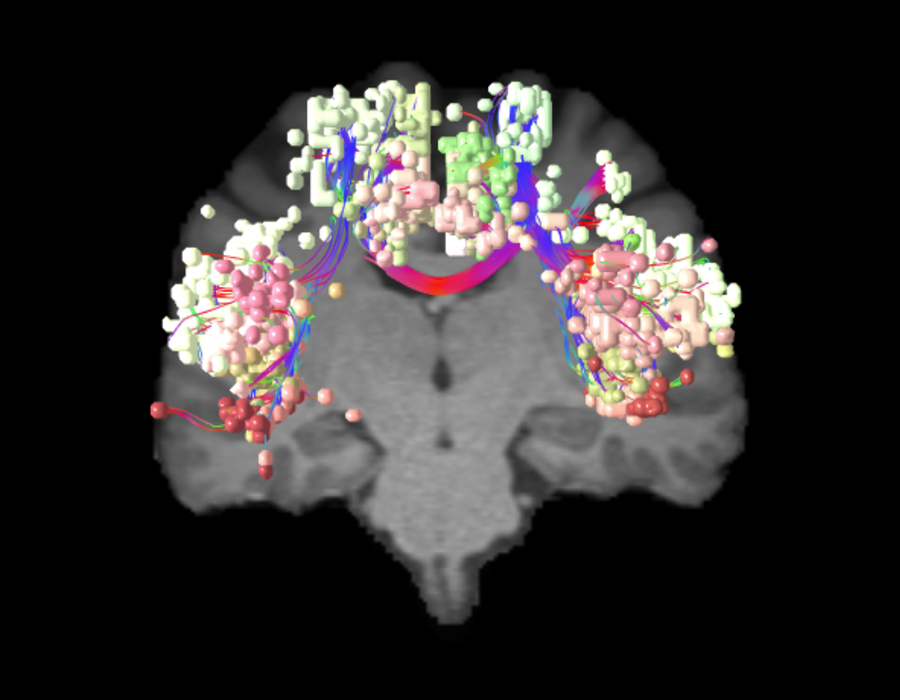 The key, functional nodes in the salience network

Areas in the frontal lobe that have been implicated in responding to sensory cues, such as smells, visual imagery, and language. These include 6ma, 6r, and FEF. Areas 46 and 9-46d also members of the salience network and are goal-oriented for higher-order cognitive processing and controlling planned behavior. Additionally, areas 11I and 55b are active in the right frontal lobe for language processing, which is one of the few asymmetries in the connectome.
Read More
2

In the posterior cingulate cortex (PCC), areas 23c and 5mv are active. 23c is highly active during external focus, visuospatial and body orientation and it contributes to working memory about where the body is placed in relation to other objects. 5mv is implicated in somatosensation and motor response.

In the right and left insular, area FOP1 is implicated in imagining abstract movement and perceiving pain, and it also acts as a messenger to transmit information to the limbic system. Areas FOP2, FOP3, FOP4, and FOP5 can be found in the right and left insular and each play individual roles in initiating and learning language. Area MI is also active for self-awareness and perceptual decision making. Area PI processes somatosensory, visual, and motor stimuli, as well as the body’s own physiological condition. Pol1 and Pol2 also process sensory inputs.

In the right cingulate, area SCEF becomes active for goal-directed behavior, and areas a24pr, p24pr and p32pr respond to stimuli with tasks that require movement, linguistic, and/or sensory information.

Impact of abnormal behavior in the SN and possible therapies

Since the salience network plays a critical role as the brain’s moderator, it can cause serious mental illness when it presents abnormal behavior. Yet, with its relatively recent discovery, there are many exciting possibilities for new treatments, and it will have lasting implications for modern medicine and research.

When the SN sustains damage through injury, dementia, or other degenerative diseases, it has been shown to also cause dysfunction in the dominant control networks.9 Though damage to any part of the brain is problematic, it’s necessary to maintain the SN’s structural integrity to preserve important cognitive function.9 Physical damage to the salience network can impact actions, as well as pain,10 and moral reasoning.11

If the SN becomes over or underactive, it can mishandle network switching and emotional regulation which leads to negative implications for the brain. This abnormal activity8 can be a feature of depression, anxiety, post-traumatic stress disorder, and schizophrenia.12

Using this insight to evaluate the SN’s impacts neurological and neuropsychiatric disorders can open the door to possible treatments.

By uncovering why the SN sometimes irregularly moderates the brain’s response to pain, we can develop methods to correct it. For instance, if we understand why pain is elevated in individuals with chronic pain, we can stimulate and change specific areas of the brain to help regulate pain processing. The same holds true for mental illness. If we can identify the areas of the brain causing depression or other disorders, we can uncover therapies to lessen or eliminate their impact on the human mind.

With these advances, treatment to the salience network offers incredible possibilities to support those in the global population suffering from ongoing mental or physical health disorders.

The salience network is just one of the seven main brain networks. Find out how other networks are changing the course of neuroscience.

Why we think this network is worth considering in decision-making:

The salience network plays a key role in a number of important cognitive, emotional, and motivational function.

Evidence that this network is responsible for useful function in humans:

SN’s main components are insula and anterior cingulate cortex with three key subcortical structures, the amygdala, the ventral striatum, and the substantia nigra/ventral tegmental area.1 The anatomical connections between the components of SN in cortical level are well established in humans using diffusion tensor imaging.2,3 In addition, the neural architecture of the two cortical components of the SN shares distinct characteristics (e.g. von Economo neurons).4 Also, developmental differences have been shown both in the structural and functional connectivity level in the cortical components of SN, which was suggested to account for the cognitive maturation with age.5 SN mainly supports detecting salient stimulus to recruit functional networks while between activation and deactivation of DMN and CEN.6

Consequences of damage to this network:

Akinetic Mutism: Using lesion network mapping, Darby et (2019) have shown that lesions in the SN network cause disruptions in volition and cause akinetic mutism or abulia.7 This finding was also consistent with prior studies of disorders of free will perception, such as PNES or catatonia that identified structural and functional abnormalities in the same network. Disruptions to this network for depression, obsessive-compulsive disorder, or chronic pain introduced impairments in volition as well.8,9,10

Schizophrenia: SN abnormalities are found in schizophrenia12 and correlated with the severity of reality distortion.13 Findings also highlights the importance of the SN in regulating network switching and the role of these processes in higher cognition.14 In addition to functional connectivity impairments, studies found volumetric grey matter changes in SN regions in patients with schizophrenia.15

ADHD: Additional studies identified lower connectivity in the anatomical correlates of SN in ADHD.16 Using machine-learning algorithms, Sato et al could establish an abnormality matrix derived from the connectivity patterns of SD regions, and this matrix could successfully classify adults with ADHD.17