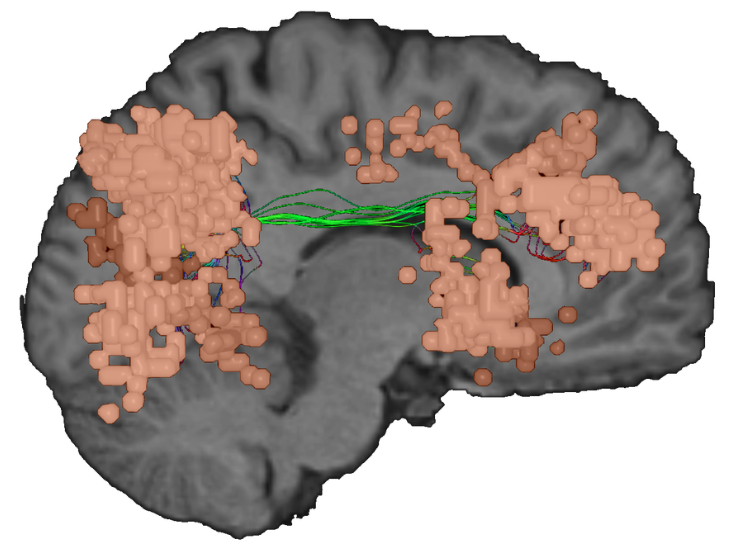 What is the ventral attention network?

The VAN is a unilateral, typically right hemispheric brain network responsible for swapping our focus between various tasks and responding to unexpected cues, making it pivotal to daily function1.

As the brain’s radar, the ventral attention network, (sometimes referred to as the visuospatial attention network) is frequently activated in relation to the other major attentional network, the Dorsal Attention Network (DAN). Where the DAN could be considered “the lens”, responsible for focussing and guiding attention toward a salient stimulus, the VAN plays a more pronounced role in pivoting our attention when new information is introduced.

Imagine walking through a garden on a hot summer’s day. While walking through this garden your attention may focus solely on smelling the roses, however far more likely is that your attention would be grabbed along the way by new, more salient information: the humming of bees, the heat on the back of your neck, and other cues which arise on your journey that need to be interpreted to fully understand your situation. The VAN is the brain network enabling this interpretation, and by communicating with other brain networks such as the limbic system, visual, and auditory networks, enables our taking in of our complete surroundings.

The human brain receives sensory input constantly, and it is the VAN’s role to juggle our attention between this information and ensure that we do not neglect to respond to important spatial, sensory, or cognitive information. Indeed, the inability to facilitate this is broadly classified as “Spatial Neglect”.

To return to the analogy, as you continue to walk through the garden, your friend appears and passes you a ball. Though your limbic and auditory networks are still sending cues about the smell of the flowers and sounds of the bees, your attention must now shift and respond to the unexpected cue of the incoming ball. The VAN acts to respond to this new stimulus, recruiting the sensorimotor network and switching your attention towards catching the ball. After this conflict is resolved, the VAN switches your attention back to your previous state of reverie, enabling a smooth transition of high and low attention-demanding states.

Discovery of the VAN

In 1984, Posner et al.,2 studied the effects of damage to the parietal lobe on attention. The results of the damage produced disengagement of attention – Spatial Neglect.2 However, this disengagement was not replicated by damage to the frontal, midbrain, or temporal lobes.2

At the turn of the 21st century, a seminal study by Corbetta and Shulman identified two separate, anatomically distinct attentional systems of the brain: the dorsal (DAN) and ventral (VAN) attention networks3. Whilst the DAN, they argued, guided allocation of attention to specific information, the VAN played a more prominent role in shifting attention to unexpected or new information1,4.

From this core work, studies began using imaging techniques to evaluate spatial5 and visual attention6. Shifts in attention activated the superior parietal lobe, and further study evaluated how these areas correlate with the occipital lobe for efficient and inefficient visuospatial shifts of attention6-7.

Using functional magnetic resonance imaging (fMRI) scans, these theories of attention processing began to more closely unravel how the brain’s two attentional networks interact. Importantly, much like the Central Executive and Default Mode networks work in counterbalance to enable active (task-driven) and dormant (at rest) states respectively, so too do the VAN and DAN work in opposition during goal-directed and unexpected attentional states. Expected visual tasks presented in a series during functional magnetic resonance series activate the DAN, however, when an unexpected visual cue is added spontaneously into this series, the VAN is starkly activated8.

What is attention, exactly?

“Attention” is arguably the highest-level cognitive process. In other words, it is possibly the most essential process underlying all sophisticated thinking skills. Its main components are alertness, selectivity, and processing capacity, and these varieties of attention permeate most cognitive processes1,2.

Bottom-up attention is an efficient shift of focussed attention in response to unanticipated  stimuli, such as motion, re-orientation, unexpected noises, or visual changes7,9-10. In the example of a friend passing a ball to you as you stroll through the garden, despite you still remaining focussed on walking, you may still turn your head to locate the ball’s position — even if you had been engrossed in your surroundings the moment before. The brain’s ventral attention network (VAN) is responsible for this bottom-up shift (more on this below).

To enable harmonious attention shifts, the VAN does not operate alone. Other brain networks also assist with stimulus response and unexpected attention-demanding responses.

Location of the VAN in the brain

While the VAN is unilaterally located in the right hemisphere, the DAN is a bilateral network. It demonstrates strong connectivity (see Connectomics) between areas in the lateral occipital lobe, the pre-central sulcus, the dorsal-most portion of the superior frontal sulcus considered to be the frontal eye fields (FEF), the ventral premotor cortex, superior parietal lobule, intraparietal sulcus, and motion-sensitive middle temporal area.5 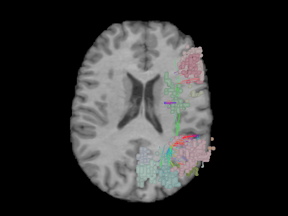 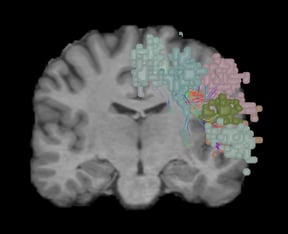 The main functional areas in the VAN:

Pathology resulting in changes to the VAN

Since the brain’s attentional networks are implicated in most major cognitive processes, degeneration and pathology in the brain can disrupt or cause damage to attentional capabilities.

Neurodegenerative diseases and strokes can result in impairment of top-down processing by the VAN, manifesting as spatial neglect16. Neglect can occur contralaterally, with patients suffering damage to the right hemisphere having difficulty noticing stimuli on the left side of space3,17. Neglect is most frequently associated with stroke, and can be more severe following right-hemisphere damage18. This syndrome manifests as the inability to orient or perceive sensory information on one side of space and contralateral to the lesion18.

In addition to attentional and sensory disruption due to neurodegenerative disorders, the VAN is also associated with neuropsychiatric disorders, like schizophrenia and attention-deficit/hyperactivity disorder (ADHD)19,20.

In particular, ADHD exhibits abnormal, spontaneous connectivity fluctuations between major networks, such as the DAN, VAN, DMN, and salience network20.

Lower functional connectivity between networks is associated with attentional lapses which characterise the disorder20. Likewise, increased functional connectivity between areas of the VAN and the salience network were found in those suffering ADHD, which Sidlauskaite et al., argued represented an “altered saliency attribution”21. This concept is represented as sufferers weighing non-important stimuli more highly than goal-directed attention, causing spontaneous attentional shifts.

Changes in functional brain circuitry including the VAN may also underpin symptoms present in other disorders. In a comprehensive review and meta-analysis, Sylvestor et al., commented on the heightened stimulus-driven attention which is found in those suffering from anxiety disorders24. Further evidence suggested that a hyperactive VAN is a major contributor to the genesis of these anxiogenic symptoms, including social-phobia and the negative emotional weighting of traditionally neutral information25-26.

Since the efficient, attentional shifting by the VAN is a key element in cognition, the network is highly correlated with many of the brain’s other functional areas. Being a highly active brain network, its wide-ranging correlations make it a key problem area for pathology and resulting disorders. As research continues to study the biomarkers of neurodegenerative and neuropsychological diseases, a greater understanding of the VAN may help lead to more-personalized therapies and treatments.